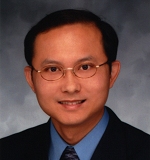 Upon graduating from University of Houston Law Center in 1996, Attorney Stewart Lin passed the New York and Texas bar examinations consecutively within a year and started his legal practice in the US in Houston, Texas. Originally from Taiwan, Mr. Lin has a unique education and cultural background. In addition to the law degree from UH Law Center, Mr. Lin also earned an LL.M. in international banking law from Boston University in 1992. He also has a Bachelor of Law degree from National Cheng-Chi University of Taipei, Taiwan.

Between 1990 and 1991, Mr. Lin worked for the Taipei office of Malleson Stephen Jacque, an Australia-based law firm ranked top-ten worldwide then in terms of number of attorneys, principally in the area of international law and investment. Between 1997 and 1998, Mr. Lin practiced in the law firm of Lawson, Weiss, & Danziger of downtown Houston. He then came out to the southwest area of Houston to work for a law firm, and in 2001 formed Stewart Lin & Associates. In late 2002, Mr. Lin teamed up with Mr. Alfred Valdez and formed Lin & Valdez L.L.P. Mr. Lin is now the managing partner of Lin & Valdez.

A prominent legal column writer for several newspapers, Mr. Lin is a regular commentator/guest speaker of Houston Chinese Radio. For immigration matter, Mr. Lin has represented thousands of clients in matters with USCIS, immigration court, and the US Consulates worldwide.